Benjamin Franklin said “Fish and guests smell after three days.” And I will add that semesters definitely smell by the 13thweek. As I mentioned in a previous post, I’ve been hanging on until the home stretch, which will officially begin tomorrow at 4:45 p.m. I am quite stubborn in defining the ‘home stretch’ as the last two weeks, and so all this week has been filled with anticipation of rounding third and heading home. 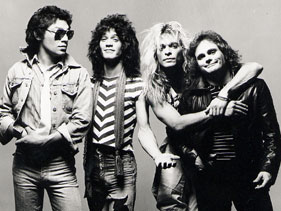 Anticipation makes me punchy and that is definitely how I would characterize this past week. Whenever I sat down to concentrate on school work, I suddenly had the urgent and irresistible need to complete other tasks that I’d been putting off. These Very Important Tasks that just could not be postponed for a single minute more included filing my nails, sending a friend the YouTube link to Van Halen’s Hot for Teacher, and finding the name tag from the sporting goods store I worked in during high school.

Another task that I decided took precedence over grading papers was to satisfy the burning desire to know why I was ‘punchy’. I mean, I know the reasons for the behavior, but why am I describing it as punchy? I decided to focus the Friday’s Word of the Week on something new I’ve learned about a familiar word.

Punchy. Where do I start? My thoughts turned to the rum punch I’d had at my birthday party about a month ago, so I thought maybe it was related to getting silly drunk after drinking too much punch. I was a bit skeptical about this explanation almost as soon as I thought of it, mostly because I realized that it came to mind only because I’d glanced at my pile of grading and instantly wanted a drink.

I dug around some and found that punchy – first recorded in 1937 – is thought to be a shortened version of ‘punch-drunk’, which is what they would call a boxer who became disoriented and shaky after a particularly hard battering. In essence, it describes the behavior after a brain injury due to repetitive blunt force trauma. Though I’m convinced that I’m going to end up with a brain tumor at some point (I’ve already lined up my best friend, a brain surgeon, to save my life), I am pretty sure I would have remembered repeated blunt force trauma to my head. Or maybe not. Hrm…

All the dictionary definitions, however, didn’t quite line up with the way I was using the word. I was not being irresolute, unbalanced, vertiginous, disoriented, or bewildered. I was being silly, loopy, loony, slap-happy, perhaps even giddy. I was going stir crazy, suffering from cabin fever, pacing like a caged animal, and climbing the walls. I was behaving not like I didn’t know what was going on, but like I knew exactly what was going on and I was very frustrated but dealing with it by bringing out the part of me that is perpetually juvenile.

I wasn’t quite sure I was satisfied with the punch-drunk explanation. I kept digging by lopping off the final –y and looking for punch.  The first instance of punch as a noun meaning a forceful blow to the body was in the late 16th century and is derived most likely from the Middle English word punchen, and is possibly related to pounce or punish, both of which derived from French words.

Intriguingly, there was also mention of Punch and Judy shows, which started in the late 19th century, about 45 years before punch-drunk was first recorded in 1915. The character of Punch was based on the Italian Commedia dell’Arte stock character known as a ‘punchinello’ (anglicized from ‘pulcinella’). These characters were often portrayed as clowns, buffoons, tricksters. Sometimes they were sinister and other times harmless, but they were always present to add absurdity to the scene.

According to Nancy Grimes, an art critic writing about the character’s appearance in art: “Punchinello’s absurd physical presence introduces a subversive, foolish note to momentous events as well as trivial activities like sawing wood or watching a dog dance. But his clownish naïveté and unabashed enthusiasm lend a tragic-comic poignancy to the mundane rhythms and rituals of everyday human existence. Punchinello remains the star of his own life– humble as it is–and endows his time on earth with a kind of heroism.”

This idea seems to mirror the ideas about punchinello characters written in about a dozen other sources I checked. The character is ridiculous, bumbling and restless, but also cynical, witty, and rascally.

Call me romantic, but I prefer to believe that my behavior of the past week was more reminiscent of a classic character of Italian art and theater rather than that of a concussed pugilist. Though I have no evidence to prove that punchy is indeed closer to punchinello than to punch-drunk, it certainly fits my understanding of the word as well as my playfully mischievous behavior. And hey, it’s my blog and I can conjecture if I want to!

8 thoughts on “And she’s rounding third!”