This post has no title, just words and some pictures.

I have never thought of myself as a ‘rebel’ or ‘rule-breaker.’ In fact, I always saw myself as someone who quite carefully made sure she followed instructions and didn’t draw any attention to herself so as not to be a trouble-maker.

This seems to be in direct contrast to the fact that I often disregard things such as instruction manuals, rules about no food or drink in the classroom, and directives to stay off the grass. I still don’t necessarily want to draw attention to myself, but I also find that while I am a stickler for following rules if I see a rational purpose for them, I’m perfectly fine with ignoring the rules that don’t seem to make much sense to me, or ones that I feel could be interpreted to suit my needs more directly. 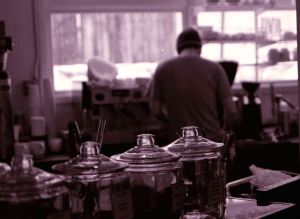 To enhance this post by visually breaking up the text, I shall provide completely random photographs simply because I like them and I think they're pretty good, if I do say so myself. Hey, look at me, I'm versatile!

I do, then, have a rebellious spirit that makes its appearance in select situations. My boyfriend A says I’m just contrary. Poteyto, potahto.

Let me put it more, shall we say, academically: rules are not meant to be broken, per se, but perhaps many of them should allow more versatility in the way they are interpreted.

In that spirit, I have altered some of the rules that come along with the Versatile Blogger Award that I wrote about in “I get around.” It seems I’m not the only one who enjoys a certain flexibility in the adherence to rules. In the interim between that post and this one, I have been made aware of two more blogs that have given me this particular nod: Seeing Clarely and Ms.Mouse Cleans House. I will first sincerely thank them both, which is the first rule of the award and one I have no problem fulfilling since it’s the right thing to do.

Ms. Mouse earned herself the well-deserved recognition of two awards and undoubtedly appeared to follow the rules in her acceptance post. However, if she had followed simply the letter but not the spirit, we should have seen fourteen, not seven, facts about herself, and she should have passed the accolade on to thirty, not fifteen, other bloggers. That surely would be cumbersome, so naturally the rules had to be tweaked, no? 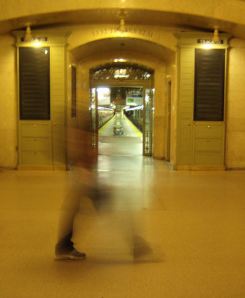 Seeing Clarely, on the other hand, cherry-picked from the existing award manual and then further tweaked them to suit her needs. Focusing on the number three, for example, may have appealed to a sense of symmetry: three rules, three facts, three bloggers (and one award to bind them?) She felt moments of doubt, but stood firm in her interpretation. As added support, she linked to a another kindred spirit, Alaina Mabaso, who wrote a delightful treatise on why the rules should sometimes be set aside.

The hardest part of these awards for me is the idea that I’m required to notify fifteen other bloggers of the fact that they are now sharing the burden of carrying this award through cyberspace. My difficulty is two-fold: first, I hate being a burden or passing off a burden unless someone specifically asks for it; second, once I’m ‘required’ to do something, I don’t want to do it. I suppose it’s that contrariness rearing its silly head again. 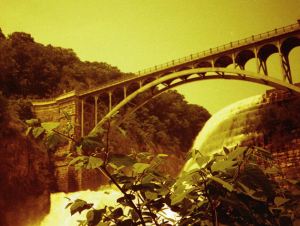 Playing with lomography. Point and shoot Konica with redscale film.

Here’s my compromise. I have put together a list of the posts that I have enjoyed on various blogs over the past few months. I like this idea because it gives everyone a chance to read something great whether or not you are attracted to the particular blog in general or not. It also generates a pingback and some traffic (which of course is the point of this tag game, isn’t it?). And most importantly, it relieves me of the stress of passing on a burden to my fellow bloggers. They can interpret the link as a de facto nomination and officially accept the Versatile Blogger Award if they are so inclined, or if not, they can simply enjoy any extra hits my post may generate and then call it a day. 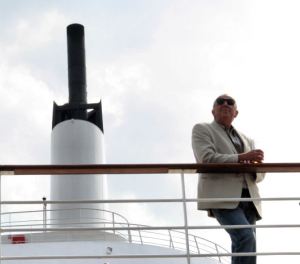 What's more inspiring than a beer on the Lido deck?

Posts that inspire and motivate:

Lenore Diane has such a kind spirit, which can be seen in most of her writing, but most clearly in her Paying it Forward category of posts that are inspiring and beautifully written.

Dug Shelby started his blog TH4F (Through Hike For Freedom) to document his attempt to hike the Pacific Crest Trail. He has his reasons, which are pretty special. Here’s an update from nearly halfway through and an explanation of a decision he’s made by going through this experience.

Clay Morgan at Educlaytion was one of the first bloggers I discovered when I started taking this whole business a bit more seriously. He’s truly versatile. His posts range from funny to intellectual to inspirational, and then he starts all over again. His Life in Balance and How to Create Opportunities posts really made an impression on me. Plus, he’s from Pittsburgh so we have a shared hatred of the Philadelphia Flyers as well as a love for Gene Kelly. 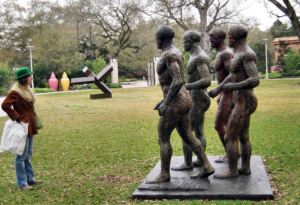 A little somethin' for the ladies, awwwww yeeeaaaaaah...

Posts written by “My Ladies”:  (I think of these bloggers in this way because they were some of the first cyber-relationships I established and because they’re such strong writers.)

Florence of Miss Darcy’s Library also writes beautiful book reviews, but don’t think that’s all she can do. Her most recent post is a tribute to an evening at the opera, which is something I love as well, though mine would be at Lincoln Center, not the Opéra de Paris.

In April, Keenie Beanie reposted Because It’s There, a moving tribute to a mountain, both its beauty and its danger.

Sprinkles is Untethered! Being so can be scary, but it can also be exciting. When we come to a new stage in our lives, how do we know where we belong anymore?

Renee wants to know if you like to interrobang? C’mon, how could I NOT link to a post about…you’ll have to click on it to see how I would end that sentence! 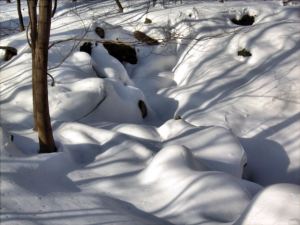 Hiking in the winter is something I both enjoy and that makes me think.

Posts that I simply enjoyed or made me think:

Haven’t we all written something we feel particularly proud of only to have it languish in the Land of Few Hits? Margaret at Chachando Chile had that experience with her post San Lunes: Chile’s Stormy Monday. I’m also quite in love with one of her more recent posts, Dumb Stuff the Gringa Says.

Stephen Page has an interesting mixture of things on his blog, Shadow Knife Pen…Glot. I enjoy the book reviews because I’m picky about my books and I trust his judgment. His review of The Dirty Life convinced me to give this book a shot, even though I probably wouldn’t have given it a second thought otherwise.

Founditonapostitnote finds some of her favorite things in the kitchen, which just happen to be some of mine as well. We also have similar ideas about the role of college today.

What list would be complete without mentioned the comedic genius of one Mr.Paul Johnson, a.k.a. The Good Greatsby. He had me at Checkmate, Kindle!

Annie and Laura are two women after my own nutritional heart. Their blog, Health Bent Life focuses on clean eating, which is something that I’ve been trying to do, even if I didn’t know what to call it. Here’s a post by Annie and one by Laura on how they reached their epiphanies. Search around their site also for some great recipes!

Quid Plura is a blog written by a friend of mine who enjoys finding gargoyles in odd places. Between books, he’s been working on a series of poems inspired by gargoyles, for his own reasons outlined here. 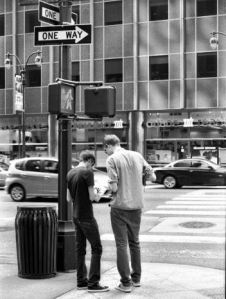 Some of my newest finds:

Deborah the Closet Monster shares with me a love of Buffy the Vampire Slayer, as well as a long history of keeping journals, though she’s brave enough to actually show some pages from hers. Mine shall stay under the bed.

I checked out She’s a Maineiac during the heyday of the Accent Vlog and I’ve found that she makes me laugh. A lot. Here’s her most recent post, Fluffernutter Friday.

And there folks, you have it. It’s a veritable orgy of link love! That ought to keep you busy reading while I continue to acclimate to the work of this new semester. It’s a funny thing that happens to me. During the summer, I have more time to write, but the ideas come more slowly as life in general slows down. Since being back in the classroom, the pace of life has certainly picked up, and I find myself with more and more ideas floating around in my busy little brain but less time to devote to them. As I settle into a routine, however, I find ways to ways to steal time from everything else around me so I can explore and write about these ideas.

In keeping with the randomness of this post, I ask the following question to you as we head into the weekend: What inspires you?

25 thoughts on “This post has no title, just words and some pictures.”