A linguist in the rough? 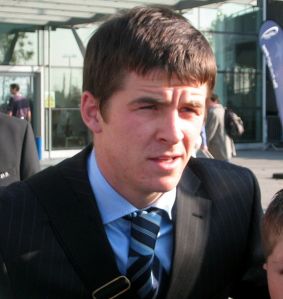 Joey Barton is a soccer player from England. He’s played for Manchester City (always overshadowed by its flashier cousin, Manchester United), then Newcastle United, and until very recently, the Queens Park Rangers. He got into a bit of trouble during this past season for allegedly attacking three other players. He was not given a place on the team for the upcoming season. The latest news is that he’s contracted with Marseille.

In the meantime, Mr.Barton has started a website, which includes a blog. It’s only been live for a few weeks, and he’s written on a number of subjects. A friend sent me a link to his latest post, which he thought I might find interesting.